Ever since then, she's amazed us time and time again with heart-melting and charming performances that provoke cheers and full-belly laughs. But during last night's finals for "America's Got Talent," the 12-year-old ventriloquist showed everyone what she was truly made of.

Typically, Darci performs with a single puppet, but on Part One of the two-part final, she came out with Oscar  Petunia. 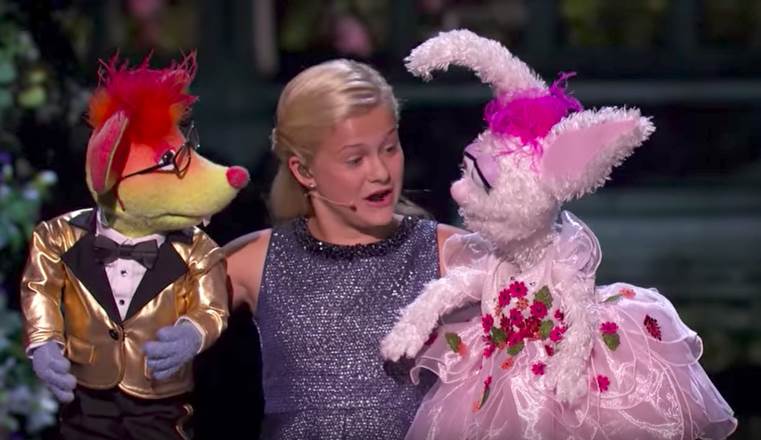 Oscar was noticeably nervous, dealing with a bit stage fright, even fainting on Darci’s shoulder — twice… 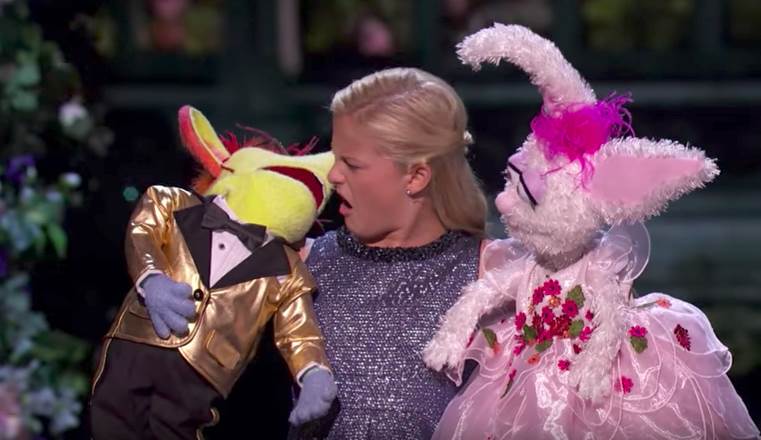 But after they pull themselves together, Darci encounter's another problem… who's going to sing? Surely, she can't sing for puppets, right? That's where we underestimated the little comedian/songstress. Darci points out that  both Oscar and Petunia are brilliant singers, which means they should call on some of the greatest duets of all time: "Laurel and Hardy, Hall and Oates — Simon and Mel B?" Petunia interjects.

They eventually agree on "With A Little Help From My Friends," and the bunny is quick to point out, "That's funny, a mouse and a bunny sing a song written by two Beatles."

But when Oscar starts soulfully crooning followed by Petunia's perfectly pitched high notes, it's clear that Darci can do just about anything.