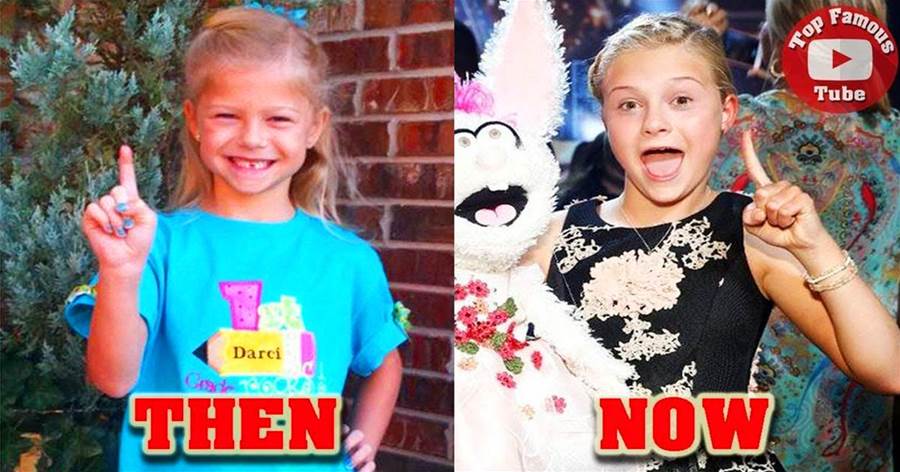 Darci Lynne Farmer is known as former judge, Mel B's, Golden Buzzer and the winner of season 12 of America's Got Talent. At only 12-years-old Farmer won  and went on to do a whole lot more with her career.

Farmer began singing when she was young, but was too shy to perform in front of an audience. Her parents pushed her to overcome her shyness in the 2014 International Cinderella Scholarship Program. She was crowned Mini Miss and met Laryssa Bonacquisti who was the current competition winner. In this competition Bonacquisti's talent was ventriloquism and Farmer fell in love with the art.

Since that day, Farmer begged her parents to let her try ventriloquism. On her tenth birthday she got her first practice puppet. She started performing on stage two weeks after receiving this gift.

After a month of being a ventriloquist, she competed in Edmond's Got Talent and won. The win caught fellow ventriloquist, Gary Owen's attention. He offered to become her coach, business manager, and even set her up with a vocal coach during this time.

In 2015, she won first place in the junior division of Oklahoma's Got Talent and Oklahoma Kids. She also won Broadway, Specialty Acts, and overall Entertainer of the Year at American Kids in Branson, Missouri.

Then, 2016 had more excitement and opportunities for Farmer. She got to perform on Steve Harvey's  and was the first child performer at the Vent Haven International Ventriloquist ConVENTtion.

In 2017, Darci Lynne Farmer became the  star we all know and love. On May 30, 2017 her life changed forever when Mel B hit the golden buzzer, and her life changed even more when she won the season.

Soon after winning AGT Farmer went on to sing a christmas tune without her puppets?

This was a weird since her whole act is based off of her puppets, but confirmed that she can definitely sing without them. Don't worry, it was only for that one special, I promise she is still a ventriloquist.

The  winner had a whirlwind of performances after she reigned victorious. These performances include but are not limited to , , , and way more, including a performance at Madison Square Garden in New York City.

In 2018, she went on her first tour called Darci Lynne and Friends Live. The tour began as five dates but was quickly extended to fifty two. During her time on the road, she also was still doing other performances, and was also working on a holiday special.

In 2019 returned to the stage for . She competed up until the top 3, but returned as a wildcard. She ended up winning runner up to Shin Lim. After this she went on to another tour named Darci Lynne and Friends: Fresh Out of the Box. During this time she also was a guest for two stops of the Barbie tour.

In 2020 she returned back to the  stage to introduce a new puppet. During this time Edmond Historical Society and Museum added "Darci Lynne's Got Talent" into their collection. The collection features clothing from her television performances, her first practice puppets, tour posters and scripts.

Does This Girl Ever Sleep?

Darci Lynne Farmer is pretty much still a household name. She is now 16-years old and still on top of the world. She is currently on her third tour, My Lips Are Sealed (Except When They're Not). This tour began in July and will conclude in March 2022.

She is also working on a coming of age film in Oklahoma as well. She will be starring in A Cowgirl's Song alongside Savannah Lee May and Cheryl Ladd. On top of all of that, Darci Lynne made yet another appearance on the AGT stage last night during the first result show of season 16. She, once again, had everyone on their feet in applause by the end of her stellar performance.