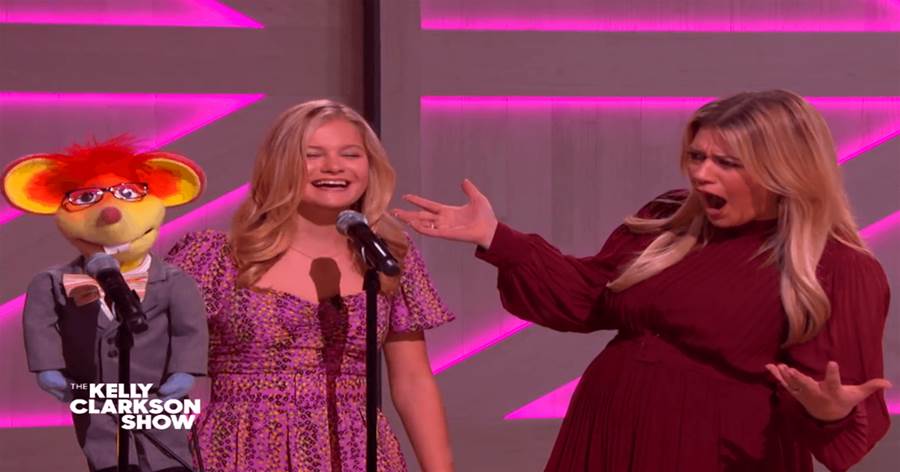 Teenager Darci Lynne Farmer is a ventriloquist and used her dummy to perform the song "Something's Got A Hold On Me" by Christina Aguilera from  on The Kelly Clarkson Show. 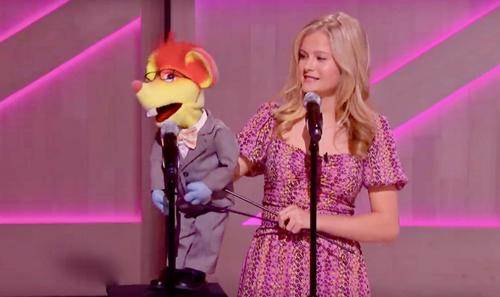 After winning America's Got Talent in 2017, Darci Lynne Farmer has been showing off her ventriloquist skills around America. On The Kelly Clarkson Show, she performed Christina Aguilera's "Something's Got A Hold On Me" from the movie Burlesque. 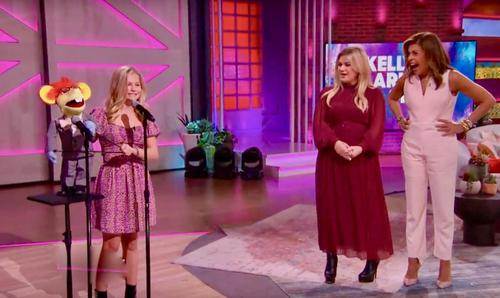 After telling Kelly that her puppet gets nervous around girls, Kelly took a step back and awaited the start of the dummy's performance. Soon she was smiling with surprise as Darci Lynne Farmer made her puppet sing the  hit. 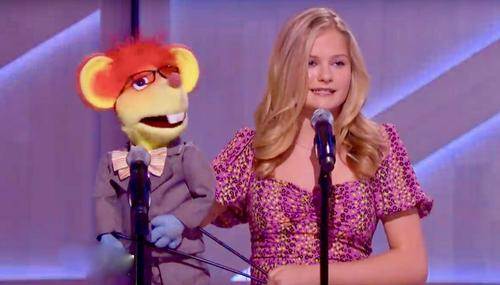 Through a toothy grin, Farmer belted the song while she moved her mouse's arms to the performance. Complete with an Aguilera-like rasp, Farmer's voice, or her puppet's rather, was impressive.

After the performance, Kelly was wowed and walked up to Farmer with her mouth wide open in awe. Clarkson beamed:"That was truly amazing!"