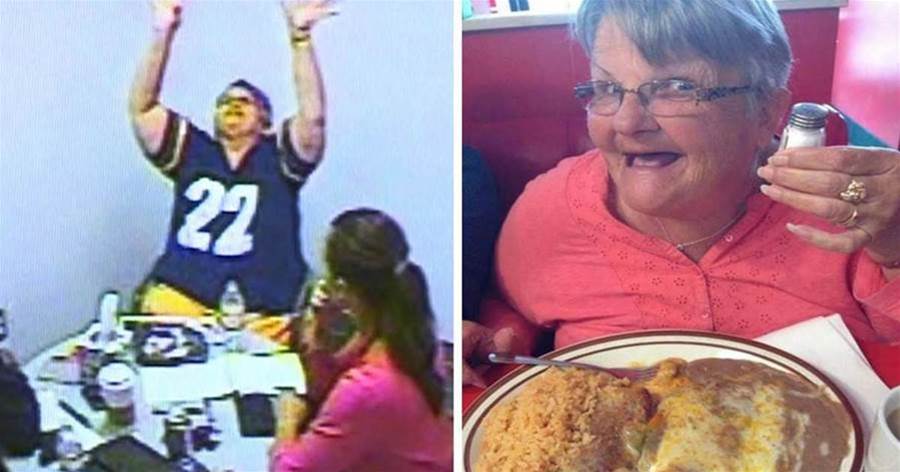 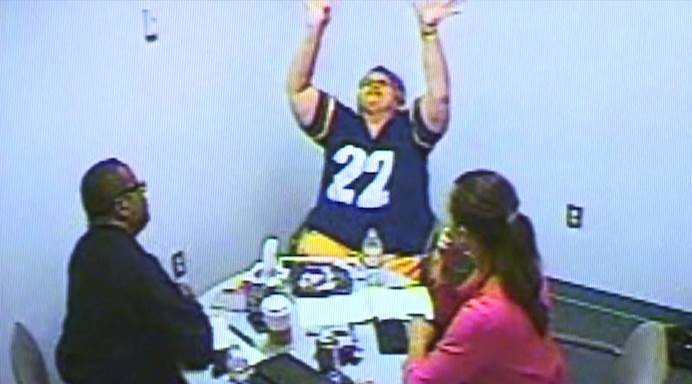 A California woman who shot her son-in-law dead almost three years ago was videotaped during her police interview rejoicing at his death and showing no remorse.

Prosecutors on Thursday showed jurors in a Vista, California, courtroom a videotape of Cynthia Cdebaca, 65, raising her arms and celebrating the shooting death of Geoward Eustaquio.

Cdebaca shot Eustaquio dead on the morning of February 11, 2014, in his home in Fallbrook, California, a suburb north of San Diego.

Cdebaca told police that she planned the shooting for two weeks, according to Fox 5 San Diego. 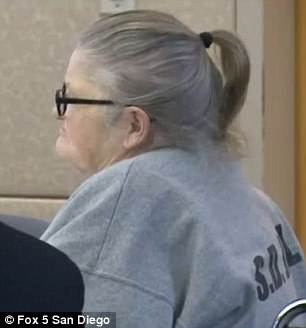 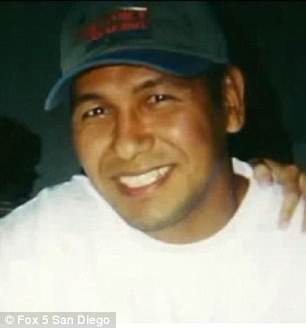 On the morning of the shooting, Cdebaca told police that she and her son-in-law had an argument.

'I got dressed and he said, "you can't go like that". He told me "you look ghetto",' she told police.

She said she was angered when Eustaquio told her that she wasn't invited to attend her granddaughter's spelling bee that day.

Cdebaca then described how she shot her son-in-law 10 times, even stopping to reload before shooting him after initially wounding him. 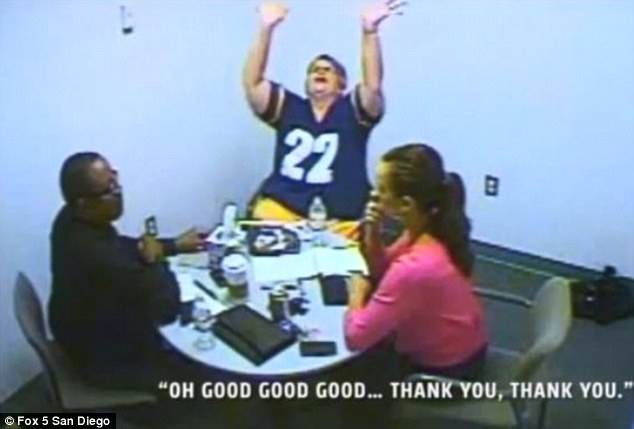 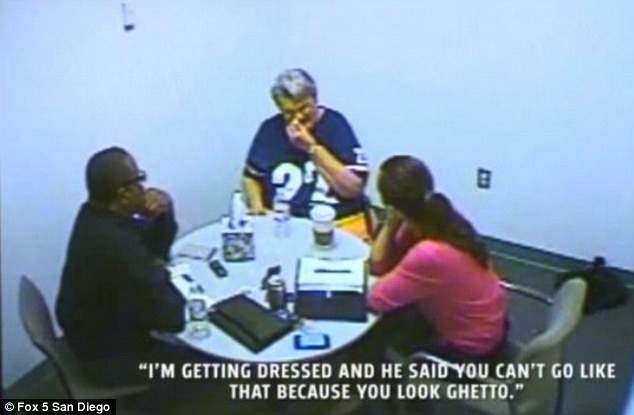 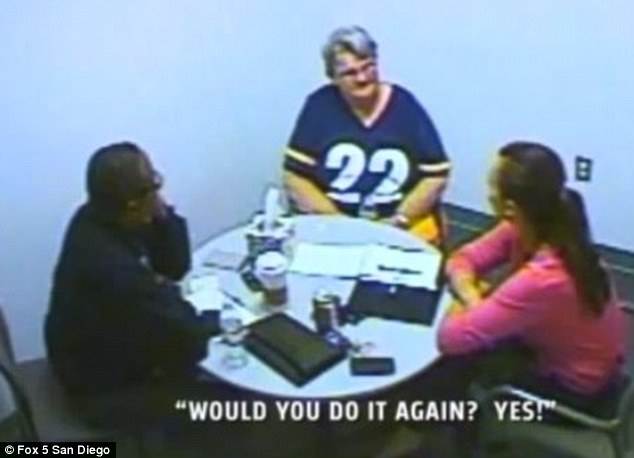 Cdebaca used a .38-caliber, five-shot revolver – meaning that she needed to reload at least twice.

Prosecutors say that she purchased the gun two weeks before the shooting.

'I shot him 10 times then he went inside the house and locked the door,' said Cdebaca.

Once he was inside, she said that she continued to shoot him through the door. She then entered the house and stood over her son-in-law as he lay dying.

'Did you shoot till it was empty?' a detective asked Cdebaca in the initial interrogation.

'Yes, until it was empty,' said Cdebaca.

'Did you check on him after you shot him?' asked detectives.

'I didn't care,' answered Cdebaca. 'I would do it again.'

She said that she and her family suffered through Eustaquio's abuse for over a decade. 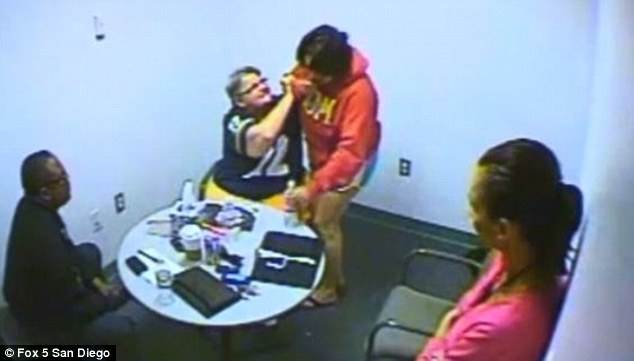 The video showed each member of Cdebaca's family hugging her and saying goodbye before she was taken to jail.

In one poignant scene, when Cdebaca wanted to hug her youngest granddaughter, the girl refused, saying: 'No, you killed my dad.'

Immediately after the shooting, Cdebaca sat down to eat breakfast. She then went gambling and afterward patronized her favourite coffee shop, according to Fox 5 San Diego.

Soon after, she was arrested.