A migrant couple living off of taxpayer funds turned down a five-bedroom home because they insisted the house was not big enough.

Arnold and Jeanne Sube are originally from Cameroon in west Africa, the Express reported. They immigrated from Paris in 2012 with their eight children, and lived in a three-bedroom home that cost the state nearly $20,000 a year.

When the family was offered a home with two more bedrooms, the couple insisted the house was not large enough.

“People have to realize we are in the middle of a national housing crisis," Councilor Tom Shaw said. "We have more than 10,000 people on the waiting list and 1,000 in temporary accommodation. This family are living in a large three-bed house. We managed to find them a large four-bed house and then a five-bed, which they turned down."

He added: “We can’t be any more sympathetic. We can’t just magic the property people want out of thin air.”

“There are not many five-bedroom council houses in Luton and they were lucky to be offered one," added Michael Garrett, the Conservative leader on the council in England. "I haven’t a lot of sympathy for them.”

Arnold studied mental health nursing at the University of Bedfordshire. He said he rejected the new housing offer because there “wasn’t space for the things of 10 people.”

“Me and my family have been neglected," Arnold explained. "We are in a three-bedroom house. It’s so cramped and the conditions are terrible. The council is trying to make things hard for us. My wife is a full-time mother and I am a student. They’re just making excuses. We need a five or six-bedroom house with double rooms to comfortably fit in. We have developed depression, anxiety, which we were on medication for. The area is the worst I have lived in. This is the worst house.” 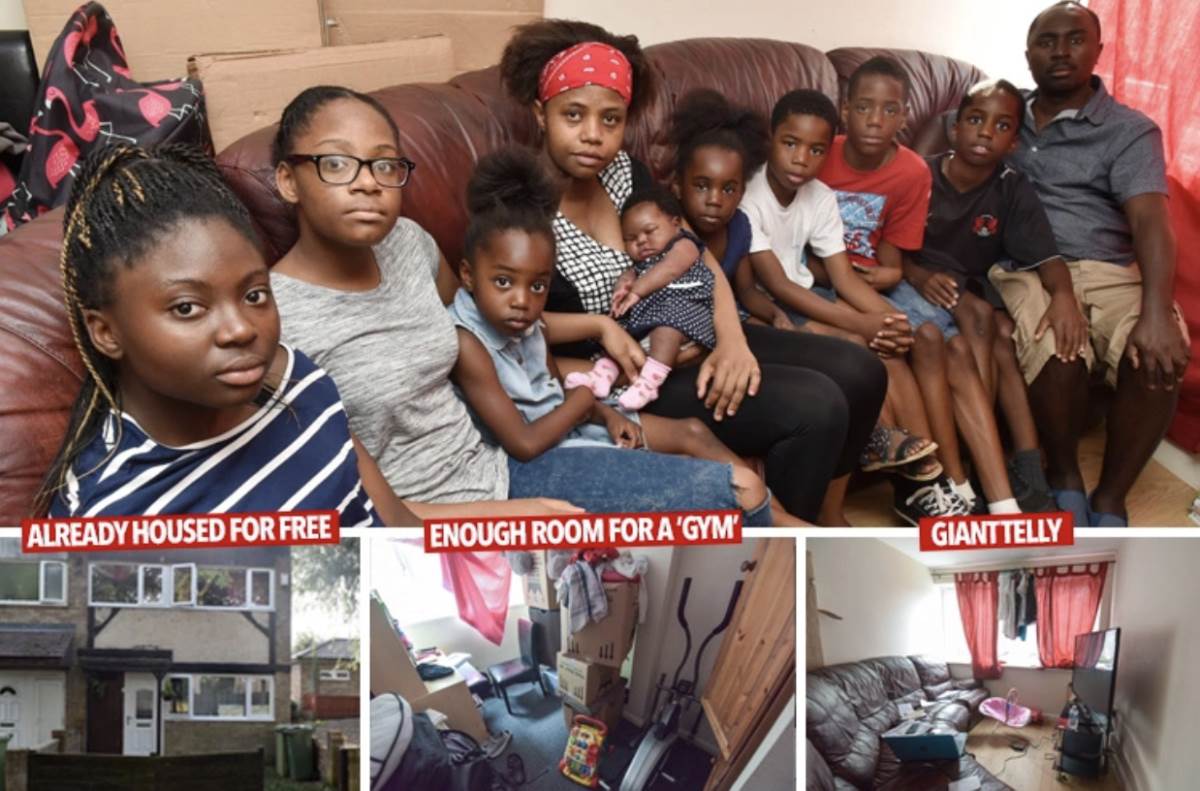 The family previously lived in a hotel for four months and were given a five-bedroom home, but were evicted.

“We managed to find Mr. and Mrs. Sube affordable housing large enough to house them and their children," a Luton Borough Council spokesman said. "If declined without, what we judge, good reason, then we will offer the property to another family.”

Neighbors were outraged with the couple's demands.

“They’ve got some cheek. I’d bite the council’s hand off if they offered me a five-bed house," one neighbor told The Sun. "They’re too fussy and they shouldn’t be allowed to get away with it.”

“I think it’s a disgrace," said another. "There are people out on the streets in the city (center) and ex- soldiers with nowhere to live. It is a struggle but don’t go on and moan about it.”