“We’re looking for a 13-year-old named Zane!” a bald, tattooed biker in a leather vest yelled after a group of riders stormed into town. That’s when the teen stepped out to face the intimidating bikers, and onlookers were quickly left jaw-dropped as they realized what was happening. 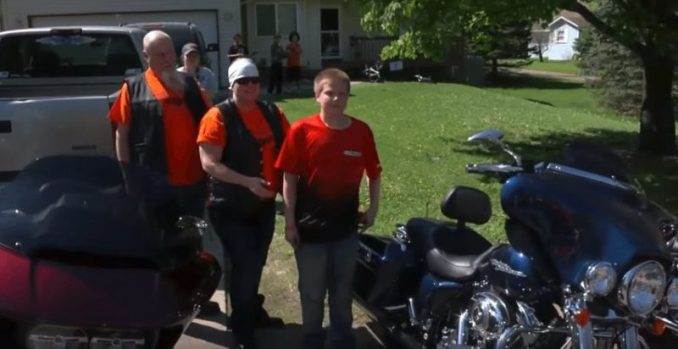 Zane Omlid knows all too well how big a problem bullying can be for a lot of kids. The teen was being bullied so badly, he didn’t even want to go to school anymore, and it’s no wonder. Classmates were constantly calling Zane names and teasing him. Sometimes, they even physically abused the boy, as his parents claimed he was pushed, punched, and even written on with markers, CBS Minnesota reported.

Sadly, although schools have policies that can lead to a suspension if students are caught bullying, it didn’t seem like Zane’s school was doing much to stop the torment the boy was experiencing. Luckily, Zane wouldn’t have to suffer much longer after a group of bikers heard what was going on and decided to step in to make sure the bullies knew some tough guys had Zane’s back. 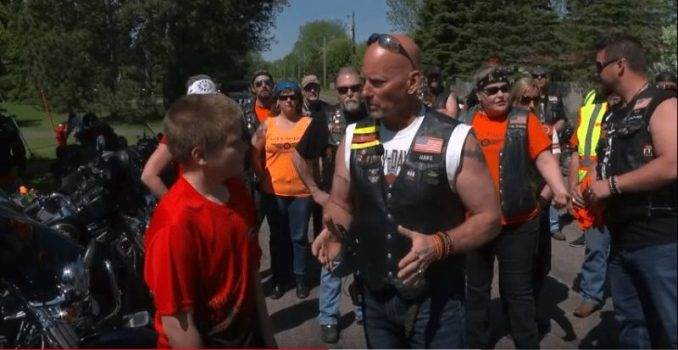 Zane Omlid steps out to face the bikers.

To Zane’s surprise, Syd’s Angels Bikers Against Bullies stopped by his home to let him know he didn’t have to face the bullying alone. The group was created in 2016 after members heard how a girl named Sydney was being bullied. In Sydney’s case, some girls, who she mistakenly thought were her friends, lured her into the woods. There, they physically attacked her and then posted the abuse all over social media.

After learning about what happened to the 15-year-old girl, a few bikers decided they wanted to do something to make sure other kids weren’t treated like Sydney had been and the group Syd’s Angels Bikers Against Bullies was born. Determined to show kids who are bullied that it’s not okay and that they don’t have to face their tormentors alone, the anti-bullying biker group grew quickly, garnering a lot of followers on social media. 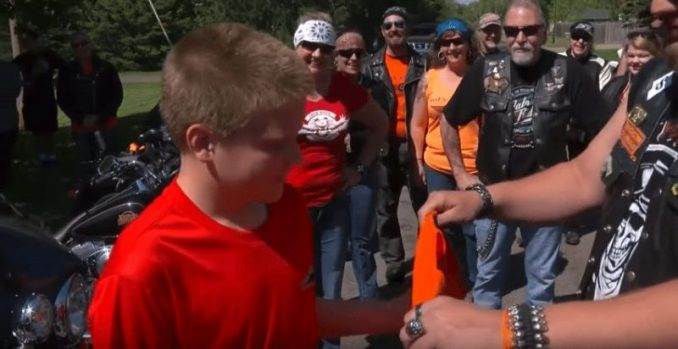 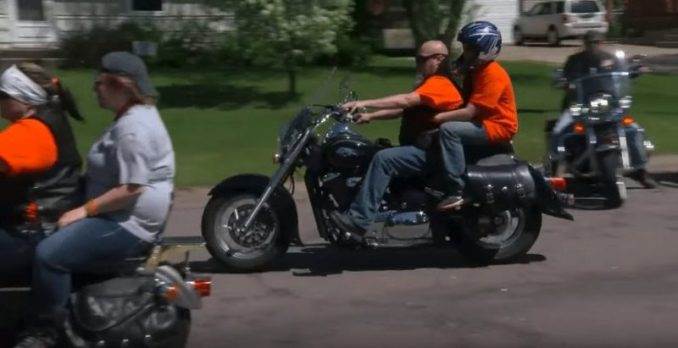 When the biker group arrived at Zane’s house, they asked the teen to come outside to meet them, where Founder Greg Carson presented Zane with a T-shirt and the group prayed together. The group then took a motorcycle ride through the community with Zane, leaving his mother thrilled that they took the time to help her son. Of course, Zane was happy, too, as the bikers made it clear that whoever was tormenting him was finished. The boy was so grateful, he hugged many of the bikers.

And, they were just as happy to see him and his family as they were to see them, knowing that they were likely making a big difference in the young man’s life. Hopefully, the sight of the bikers did what it intended to do and left Zane’s bullies knowing what it feels like to be intimidated. After all, it should be a bit uncomfortable to find out you’ve gotten on the bad side of a group of bikers. Now, the bullies know that their behavior wasn’t going unnoticed but rather attracting the kind of attention that they probably didn’t anticipate or want.

As the statistics point out, thanks to the internet, kids can now bully each other from anywhere, meaning that schools can only do so much. So, the responsibility to end it has to start at home with parents. We must teach our children that being the bully is simply not okay. But, we seem to be failing since there are endless stories about bullying online or in the news, just like Zane’s — or worse. 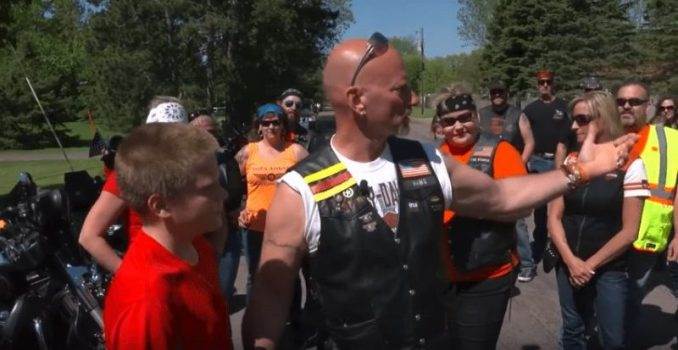 Shockingly, it all too often goes beyond mean words. Kids are not only sending horrible threats and messages online or spreading rumors about their peers, they are also beating up other kids in bathrooms, on the playground, on their way home from school, or in their own neighborhoods. Children as young as 5 and 6 years old are even sending other kids their age to the hospital with serious injuries after viciously and violently assaulting them.

With children taking their own lives as a result of bullying and bullying even being blamed for school violence and many school shootings, those who stand up against it are increasingly important to our society. Bikers like Syd’s Angels Bikers Against Bullies should be commended for their efforts to help this boy and others by attempting to put an end to bullying. No child should be scared to go to school. Hopefully, this not only deters his bullies and raises Zane’s self-esteem but also makes the parents of those bullies realize it’s time to step up too. We should all start looking out for kids in our community — and that includes ensuring ours aren’t mistreating others.

Tell us your opinion of this article in the comment section! And share the article with your friends if you thought it was cool!