When the National Anthem played, college basketball players decided to kneel in protest. However, once the college president heard about the incident, the entire team wished they had chosen a different location to protest. 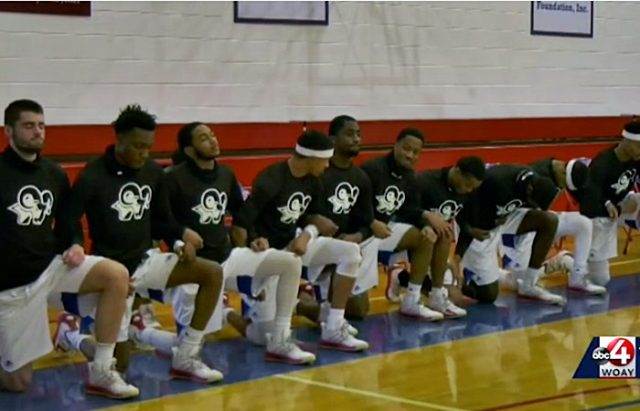 After players ignored a warning not to kneel during the National Anthem, the college president decided to take action.

For several games, Bluefield College men’s basketball players had decided to take a knee during the National Anthem instead of standing. After Bluefield College president David Olive caught wind of their organized protests, he told them to stop the spectacle or face the consequences.

Unfortunately, the players either didn’t take Olive seriously or felt that fighting against racial injustice by kneeling was more important than their athletic contributions. According to the New York Post, the team was preparing to play a rival team when Olive informed them that he was suspending multiple players who refused to stop kneeling, causing the entire team to forfeit the game.

“The basis for my decision stemmed from my own awareness of how kneeling is perceived by some in our country, and I did not think a number of our alumni, friends, and donors of the College would view the act of kneeling during the anthem in a positive way,” Olive said in a statement. 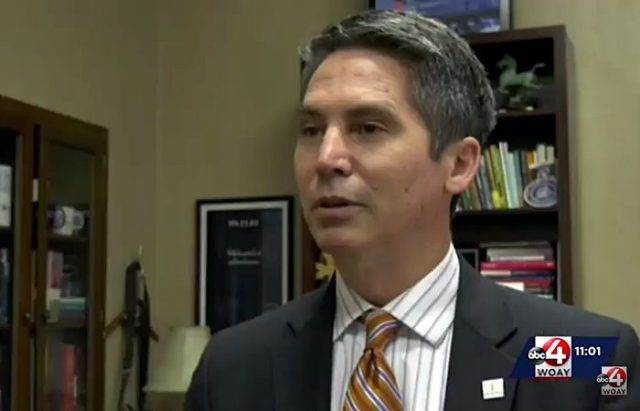 Bluefield College president David Olive (pictured) suspended multiple basketball players who refused to stop taking a knee before games, causing the team to have to forfeit.

Olive explained that he learned of the players’ kneeling several weeks prior and immediately told head coach Richard Morgan to tell them to stop. However, the players knelt again during the National Anthem the very next day, prompting Olive to consider the consequences.

In his statement, Olive said, “I have heard and I understand the perspective of our players as to why they desire to kneel during the National Anthem. I also know this form of protest immediately shuts down a number of individuals from listening to the intended message because of their perspective regarding the flag. No individual’s sincere motives are inherently wrong. But I continue to contend that we will not get to where we want AND NEED to get as a country in addressing these racial issues without making honest attempts at creating pathways that bring people together for a common cause.”

Olive concluded that the location wasn’t an appropriate platform for protest and that the message the players were trying to relay would be lost on their audience. He expressed that it is their method and not their message that is causing further division instead of its intended conclusion.

“As I conveyed this to VP Walker and Coach Morgan, I denoted that anytime a student athlete puts on a jersey that says ‘Bluefield College’ on it, the message is no longer just the student athlete’s message but that it becomes the message of Bluefield College. Pointing to the already fractured and divided nature of our country, I did not want Bluefield College contributing to the further divide; rather, I wanted the College to bring people together in a united effort to address issues of racial injustice,” he said. 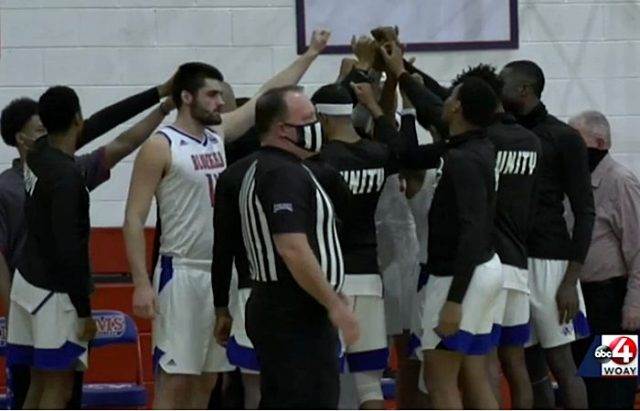 Of course, the players were upset with Olive’s decision. Despite the president’s warning, player Jewels Gray claims that the administrators had told them prior to the season’s start that kneeling wouldn’t be a problem.

“Why would our school contradict what they said?” Gray said. “We had meetings before the season with [the athletic director] and the president, and they stated that we can kneel and they’d support and be behind us, 100 percent.”

Although Gray admitted that the team has been restricted from speaking to the media, he still criticized the college administration and insisted that they gave conflicting messages. It is unclear whether there will be consequences for players making statements to the news.

Bluefield College president David Olive is sticking by his decision to not allow players to kneel during the National Anthem at college games. His reasoning is that they are representing the college as a whole as well as their fellow peers and community, and their method of protest is controversial and upsetting to many.

There is a time and place for protesting. When you’re utilizing the platform that someone else has built, you’re at their mercy. Despite the good intentions these players have, their method hasn’t done a single thing to actually fight racial injustice. In fact, it’s only causing further division.